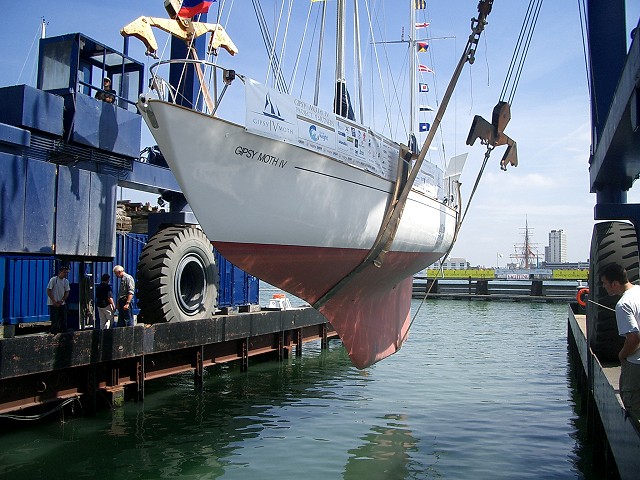 This tales stretches back to 1968, when I sold the original resorcinol adhesive to Camper and Nicholson, after Peter Nicholson had attended the series of lectures I had been invited to present at Southampton University on ”glues for boat building”. Peter was impressed with the ease of use of the adhesive in the work place and its meeting BS1204 for weather and boil proof adhesives; although no-one was going to boil a boat it did mean that these veneered craft would be fine/serviceable in any of the World’s oceans and waterways.

Everyone knows of Sir Francis Chichester’s exploits with Gipsy Moth, culminating in his being knighted on board by HM The Queen at Greenwich.

Years went by and GM lay quietly mouldering in her berth near the Cutty Sark: she appeared OK but in the bilges rot was attacking her keel area. When I learned of her planned restoration by Camper and Nicholson I had phoned Paul Gelder of the Yachting Monthly to offer to donate the same resin system for repairs as the one used in the original build. This was taken up and I took the adhesive down to Gosport to find that the same man whom I had met all those years ago was the one who would be in charge of repairing GM IV’s hull!

Bencon 50, our only non-epoxy resin is also a favourite with bow makers

The repair consisted of replacing the rotten section with the original count of seven veneers; all bonded using Bencon 50, the only non-epoxy resin in our range. Incidentally, we sell a great deal of this product to bow makers because of its ease of use (a two equal part resin-to-hardener brew), its great flexibility and, surprisingly, its dark red colour that results in a contrast to the mainly pale colour of the timber used.

Why Bencon 50 and not an epoxy? Wishing to use the same materials as close to the original as at construction and, of course, being able to assure everyone that the system, even though covered with paint would be immune to the weather and to strong sunlight.

We all got together on Cutty Sark to witness the sale of Gipsy for a gin-and-tonic, if ever anyone bought more of a pig-in-a-poke I would love the detail! So we toasted the occasion with our own G & T’s and wished the project well.

It seemed an age before we reassembled for the official launch in Gosport and in the interim I had visited several times to watch my resin being put to use; we reckoned that due to the passage of time the price of the donated Bencon 50 equated to the total cost of the original purchase…..but hey, who’s counting?

The launch day saw everyone in festive mood, and so they should be after the sterling work put in by the staff of C&N, the sun shone on the event and the whole was a generally congratulatory occasion; certainly not hindered by the lubrication on offer.

So, GMIV was put back into her home environment, ready to tackle many more circumnavigations of this wonderful globe of ours. 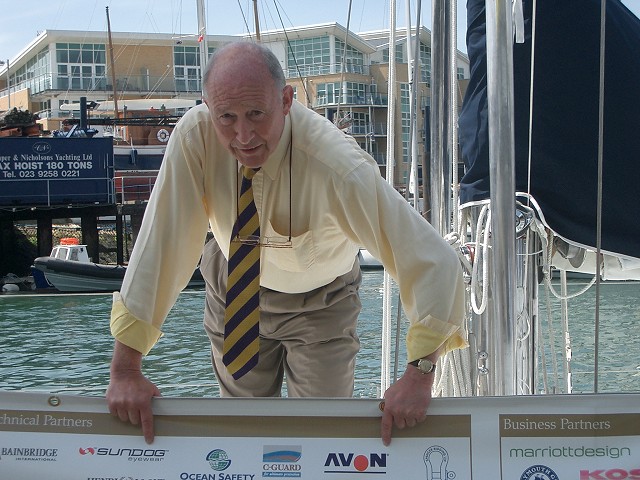